Why Companies Struggle with Automation 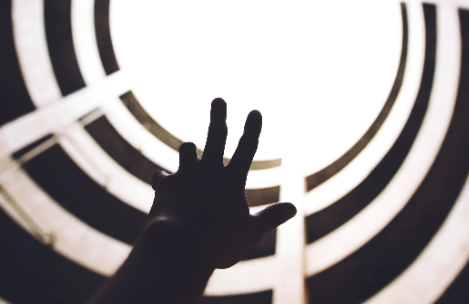 Why Companies Struggle with Automation

Robotic Process Automation (RPA) has become known for its importance in different fields and industries today. It has a big part in helping companies and their employees become more productive by giving them more time on important tasks rather than its repetitive tasks since RPA can perform these repetitive tasks without errors and can be applied to nearly any environment.

Unfortunately, many companies struggle with automation and it is important to know the cause of these struggles. There are challenges that can occur or will likely face in your consideration on implementing RPA in your company.

To sum it all up, here are most of the reasons we should take note of:

Issues in Process Analysis - Knowing the importance of RPA and its concepts can sometimes make your employees hard to believe in. It will also be hard to get them to focus on the concept and would want to have their own/old way of working into it. Some professionals suggest that instead of letting them study RPA itself, letting them realize that RPA is the better choice for the company could help them adapt into it. Also, another important thing is to help them understand how it will benefit not just the company but also them and their precious time.

Problems with Bots - By implementing RPA, we should first know that the deployment of bots isn’t that easy. It takes more time and effort in running the bots up. Also, the lifespans of the bots aren’t that long. Because of the constant changes in the environment and industries, the bot breakage is expected to increase over time. Lastly, bots need more maintenance than what we expected, since inevitable bot failures may occur, the maintenance of the bots need more attention for it is the solution for its failure.

Employee’s Hesitance with the Concept - As most of the employees would say that they are familiar with the concept, a better understanding of its concept is more important. Saying they are familiar with it doesn’t mean they already know and understand the processes of using it. It is important to educate them with proper knowledge and understanding on how to properly use it with respect to their different departments.

Choosing the Wrong RPA - Because of some reasons, may it be the cost, the complexity and expectations. Some leaders have reached the point especially in the implementation phase when they realize that their chosen RPA might not be the right choice for them.

Lack of Help from Knowledgeable - One of the important issues is that the company lacks help from a knowledgeable and helpful team that is well versed in the language of automation. It can be a problem especially in your implementation process phase. That is why it is important to have someone who can fix RPA issues when that happens.

What's good about this is despite the struggles companies experienced with automation, operating and implementing it still gained a significant value in their companies and it is still more effective than they have expected according to the 87% of the 500 decision makers from different industries based on the survey they took according to the research.

About Formulated Automation: Our mission is to make the workplace a more meaningful environment for the entire workforce. We achieve this by automating robotic work. This frees up humans to do human work. If you find your company does the above, reach out, and let’s see if automation can deliver value to your organization.

Interview with Mike Mirandi and Todd Schiller of PixieBrix

Keep in the Loop

Get the latest news and exclusive releases

Thank you! Your submission has been received!
Oops! Something went wrong while submitting the form.

We partner with companies to evaluate, build and manage their automation programs.